17 Positive and Negative Effects of Video Games on Teenagers

There are so many positive and negative effects of video games on mental health, that teenagers neglect them when it comes to entertainment through digital means.

Although no one can keep their eyes off those bright, flashy screens full of our favorite characters, fighting fiercely, as commanded by our fingertips. However, this appealing concept has a direct effect of video games on child development.

Video games can be described as a perfect daily exercise for our brains that enhances our concentration powers. It even increases the social skills of a person. In this article we will see the video games and their positive-negative results.

But here we are going to compare and frame research on the negative effects of video games. This will be done along with their promised positive effects too.

In a nutshell, playing video games means improving teenagers’ creative level of decision-making. One can expect them to become more active and eager to solve those long-lasting puzzles in just a few minutes.

The more relevant result can be found if they play video games like Angry Birds and The Incredible Machine.

It assists them in considering the various circumstances of the chosen solution and deciding on the best one. This implies that their comparative advantage has increased as well.

In video games, it is a must to have the sharp hand-eye coordination to win them. Throughout the game, the child must remain focused and balanced while keeping their eyes on the screen and their hand on the button with a single stroke.

Talking about shooting games, the speed of the gamer, along with their hitting angle, are needed. This process improves the teenager’s spatial skills and focuses on their visual attention. These surgical skills will help them in other real-life work, too.

If a child has everything they want, it is difficult for them to imagine a life without resources. However, playing these games teaches them the value of perseverance, even when things are not going their way.

This real-life learning teaches them about real-time planning and effective execution. Isn’t it supported by the saying about hoping for the best but then, at the same time, preparing for the worst too?

Playing video games is similar to doing 4-5 tasks at once. For an example, collecting coins, saving oneself from the enemy, shooting the other party, and encouraging the team.

This not only helps the child create successful games, but it also helps them achieve the same lessons in their other real-life work. And guess what? This will be effective in their studies too.

Now one can expect them to score higher than they did before. Hence, the positive effects of video games can never be neglected, right?

Imagine asking the child what they want to be in the future, only to find out the next day that they want to be something else. Although it is not wrong to learn about a person’s interests, knowing the pros-cons of everything is extremely important.

Video games are available in almost every genre. If the kid wants to be an architect, ask them to play the same category of games. This will help them to get a clear picture of what they want their future to look like.

In video games, players have little time to plan and execute their actions. It’s all about making a split-second decision and then either losing or winning the entire thing.

Now, because their minds have been trained to think quickly and suddenly, they will make their decision with a single click of the finger. The best part about decision will be the linked pinpoint accuracy.

This sharpens their analytical abilities as well, demonstrating the positive and negative effects of video games essay.

Building strategies are beneficial for offline players as well as for online gamers, too. Now to play a video game, and jumping to a new level, the kid needs to frame a proper strategy.

This strategy development and execution has now become ingrained in their minds. So one don’t need to be surprised again if they see their kid making strategies to complete a task.

It has been observed that children with poor memories perform well when they begin playing video games for an extended period. Playing video games such as Battlefield and Call of Duty has shown users stored more information in their minds.

Reading can be a nightmare for kids suffering from such issues. But when they start playing video games, it makes their brain to store the same information in virtual form.

Many researchers have used real-life examples to demonstrate the positive effects of video games in their studies.

These virtual worlds are designed to hold anyone’s attention for an extended period without them realizing it. This makes them sit in front of their computer or phone screen for a long period without even realizing.

Studies have shown that video games have negative effects on motivation for studies as well. As a kid starts playing video games unstoppably, they may forget the importance of their studies.

And this end up losing all the motivation they had before. This will not only reduce their future test scores but will also demotivate them to attend classes.

Playing video games on combat bases causes a child to become aggressive. Because of this violence, they behave loudly and sharply in real life as well.

The impatience that develops within children with their excessive use of such fighting-based video games causes them to suffer too. As a result, the negative effects of video games cause a lot of mental health problems for teenagers.

After playing games for a long time, one may find their kid only talking about it, regardless of anything else. This consumes all their attention and makes them away from actual life events.

Now, if their character dies or they lose their hard-earned position in any way, they will experience a deep stress. In such situations, it has been observed that the child begins to cry or shout uncontrollably.

Some research shows that kids have even committed suicide because they couldn’t cope with pain they after losing their position. Research on negative effects of video games has revealed a clear image of them in the eyes of the public.

Sitting in front of the computer or phone screen for a long time makes them believe that every other thing is just boring.

One may find it difficult to persuade their child to leave the game board unless one agree to let them play the same game for a longer period when they return home.

This continuous playing habit will become an irresistible magnet for their minds to keep sticking to the chair, no-matter-what. There are numerous positive and negative effects of video games, that directly effect on teenager’s minds.

This will give them a more complete sense of life than they have ever had before. This may cause a distance in many of their relationships.

When the child stops playing offline games, there is no way that their physical health will not suffer as-a-result.

It’s not unusual to find the child awakened or sitting in an unusual position to continue their gameplay. Their full focus on improving their health will be diverted.

It is hard to make a kid stay away from using abusive words in the current world. However, because these games encourage kids to be aggressive and play with strangers (if they play online games). They may encourage them to use rude and abusive language to appear cool in front of them.

Consider the above points when allowing teenagers to play video games

As a result, video games have both positive and negative aspects. All that is required is for parents to pay close attention and select the appropriate video game for their children. Many parents think that encouraging their kids to play within a time limit will make the process simpler.

All of the positive and negative effects of video games on teenagers research papers have been conducted and implemented in real-world examples. This is why one should think twice before making any firm decisions about letting their kid play any category of video games. 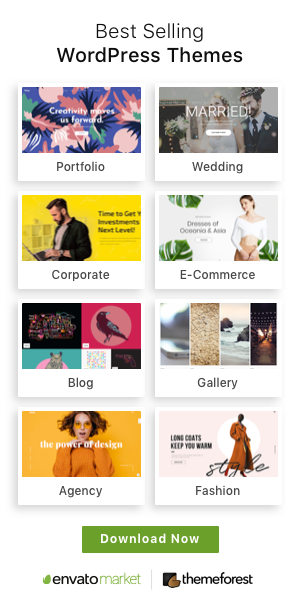